How to support Black
businesses, creatives, and
charities year-round

Canada celebrates Black History Month in February of each year. The purpose of the month is to educate and focus on the past, present, and future of Black Canadians. It’s also a valuable opportunity to support Black-owned businesses.

Why does Canada need to celebrate Black History Month? To answer, start by looking back to the early 1600s.

A brief primer on Black history in Canada

Almost 420 years ago, French explorer, trader, and colonizer Pierre Du Gua de Monts hired Mathieu Da Costa to help him establish Port Royal, in Acadia (present-day Annapolis Royal), and Quebec City, Quebec. Da Costa, a free Black African man, was fluent in multiple languages and served as de Monts’ interpreter when he interacted with people who spoke the Mi'kmaq language. Even though Da Costa played a valuable role in Canada’s history, there isn’t much verifiable information about him. He is, however, considered the first Black person to have visited Canada.

Fast forward to 1629, when a six-year-old Black child from either Madagascar or Guinea was sold to Sir David Kirke, who worked as a trader and privateer for King Charles I. The child’s name was wiped from history and replaced with Olivier Le Jeune. He is the first known enslaved person in Canada.

According to the Canadian Museum for Human Rights, slavery depends on the passive approval of others. It was about 200 years after Da Costa first arrived in Canada as a free man and a child arrived as a white man’s property for the Canadian government to stop being passive and outlaw slavery. This was in the late 1700s and early 1800s. Because slavery was outlawed in Canada before in the United States, Canada later became a haven for enslaved people traveling north via the Underground Railroad.

And while Canada acknowledged their abuses and acted in the interest of basic human rights in the late 1700s and early 1800s, its atrocities cannot be overlooked. Mallory Richard for The Canadian Museum for Human Rights writes: “We must also recall that for more than two hundred years, slavery happened here, too.”

Black History Month in Canada started piecemeal. Toronto was the first to celebrate it in 1979 because of a petition from the Ontario Black History Society. Ten years later, Nova Scotia followed suit, then the entirety of Ontario a few years after that.

By 1993, the Honourable Jean Augustine was the first Black Canadian woman elected to Parliament, and she filed a motion to have February recognized as Black History Month in Canada in December 1995. The final step was in February 2008, when the first Black man appointed to the Senate, Senator Donald Oliver, introduced “the Motion to Recognize Contributions of Black Canadians and February as Black History Month.” The motion was adopted on March 4, 2008, cementing Canada’s parliamentary position on the occasion.

Formally celebrating Black Canadians was a process that took three decades. It’s an accomplishment, but no country can rest on its laurels. It’s one thing to proclaim all humans equal, but it’s an entirely different thing to act like it.

Black History Month and beyond

Taking the time to recognize Black history in February is necessary. However, people should also act on their appreciation for Black communities in Canada throughout the year.

Black History Month is an opportunity to celebrate Black Canadians, acknowledge historical wounds, and recognize that Black Canadians are an important part of our society. Beyond treating them as equals, Canadians can make the effort to support Black businesses, artists, and charities throughout the year — not just in February.

Spending money with Black businesses during Black History Month and throughout the year helps sustain these businesses, creatives, and charities and enables shoppers to know exactly where their money is going. According to Small Business BC (SBBC), Canadians should shop at small businesses to:

That said, it’s easy to fall into habits when shopping or donating time or money. It’s important to try to do better, because spending the time, effort, and money to find ways to support the Black community makes a big difference.

For example, by supporting Black Canadian business owners, consumers send a message to banks and other institutions that these businesses are successful and necessary to the local economy. In one survey, only 18% of Black Canadian entrepreneurs felt comfortable talking to their financial institution about funding options.

The majority of Black Canadian entrepreneurs, 76%, said that their race makes it harder to succeed. Customers may help pave the way for banks and other financial institutions to approve more Black-owned businesses for loans and other backing simply by doing business with them.

5 ways to find Black businesses and organizations in Canada

1. Use Google to search locally and nationally.

Put the power of a search engine to use and do some research. For example, searching Google for “bookstore Toronto Black-owned” pops up several results, including a page from Penguin Random House Canada that lists Black-owned bookstores in Canada.

To help searchers, Google has rolled out a badge for Black-owned businesses in its results, but that update is only available in the United States for now. Until it’s available in Canada, adding specific keywords to a query, like your city or province, the words “Black-owned” and the type of business you’re looking for, can help. In another search, this time for “children’s charity Canada Black-owned,” scrolling through the page reveals a result from Calgary Foundation called “Black-led/Black-serving organizations in our community.”

Badges, or little icons that showcase a particular characteristic of a business, are becoming a widely used tool online. While Canadians are waiting for the badge on Google results, Yelp users in Canada can type “Black-owned” in addition to their other search terms, whether it’s for a restaurant, photographer, hair studio, or another business or organization. They can also do a general search and look for the icon in search results that says “Black-owned.”

Short on time? AfroBiz.ca has done a lot of the work in finding Canadian, Black-owned companies. On its website, it shares that “AfroBiz.ca is self-funded and currently home to more than 4,500 Black-owned businesses, Black entrepreneurs, and Black organizations in Canada.” From lawyers to dentists to interior designers and more, this repository makes the search easy.

Twitter and Instagram are the two primary social media platforms where hashtags are used, though hashtags are also available on LinkedIn. Sometimes, however, they can be crowded with results that don’t fit what users are looking for. A search on Instagram for #BlackOwnedBusiness will turn up a lot of good results, but narrowing them down to Canadian businesses or specific types of organizations can be difficult.

One of the easiest ways to find the right hashtags is to follow local accounts that use them well, such as Black Owned Toronto’s Instagram account. The beauty of Twitter and Instagram is that users can follow and learn from members of the Canadian Black community — including which hashtags are most helpful.

Supporting Canadian Black businesses, artists, associations, and charities shouldn’t be a one-time event. This means people need to make an effort to get plugged in to what the Black community is saying and doing, without inserting themselves into the conversation.

For many people who want to be an ally to the Black community, the first step may be one of the hardest: listening. Simply paying attention to the conversation — without interrupting — helps people become long-term supporters and learn how to be better allies. Observe and engage in empathetic listening. Once people better understand the situation, they can take genuine action that isn’t rooted in virtue signaling.

A quick search on Twitter, for example, for “Black Canadian” brings up organizations, people, and companies that have those keywords in their bios or in their tweets. Users can find an account that’s sharing information they find valuable and follow them. Look at their hashtags and who they interact with to widen the search. Even using the emoji for the Canadian flag can help people find more results.

Businesspeople and consumers alike can support Black businesses in Canada

The impact of COVID-19 on small businesses, including those owned by Black Canadians, can be seen across Canada. Therefore, it’s especially important now, during this difficult time, for Canadian consumers to come together to support small businesses. 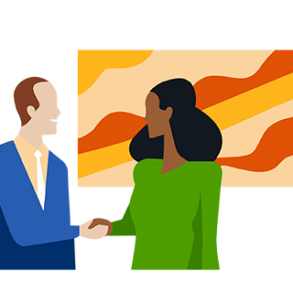 This support can come in the form of partnerships. Other than schools hosting fundraisers, entrepreneurs can pair with a Black-owned business and have a contest to introduce their audience to the other business. Businesses and individuals can also donate time or expertise to a Black-owned charity. Partnerships can also take the form of grants, mentorships, and speaking opportunities with organizations and associations. 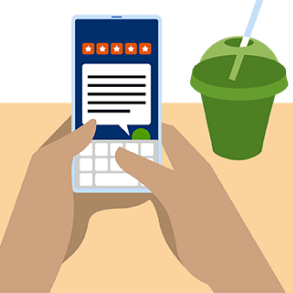 People taking the time to write helpful reviews online helps businesses, organizations, and creatives with their online marketing. Both online and in person, participating in word-of-mouth marketing, recommending businesses to others, and calling on others to support these small businesses goes a long way in helping small businesses succeed. For example, a customer can recommend a restaurant by creating a positive post on social media, tagging the business, and using helpful hashtags so others can find the post, too. In a survey of Black Canadian entrepreneurs, when asked what was most important to them on a scale from one to 10, they said that advertising and promotion ranked at 8.7. Online reviews, referrals, and social media posts cost consumers nothing to complete and write, but can help small businesses in a big way. 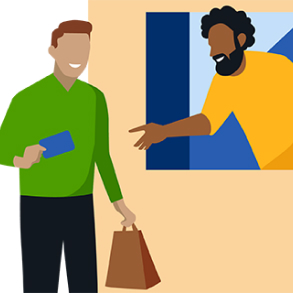 Perhaps most imperative, however, is spending money within the Black Canadian community. From a contractor who needs to hire a plumber to a florist who needs a new graphic for a display case, seek out opportunities to include Black businesses and service contractors. An entrepreneur who needs a new business bank account can choose to do business with a bank that supports the Black community. The possibilities are endless.

Supporting Canada’s Black community is about including people

It’s not about excluding other groups; it’s about being more inclusive to a group of people who, for 200 years, were treated as less than human even as they helped build this nation and became valued members of society. By supporting Black Canadians, people recognize their history in this country, help ensure the future is far more fair, and act as an example for others. As Lincoln Alexander said, “It is not your duty to be average. It is your duty to set a higher example for others to follow.”